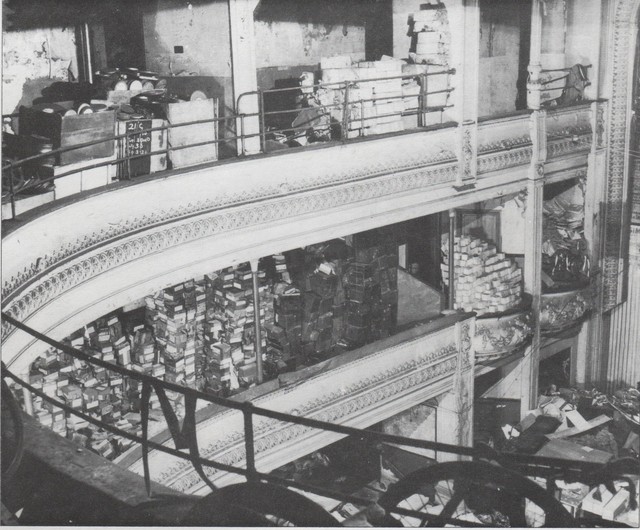 Located on Church Street, between Salisbury Street and Penfold Street. Originally opened as the Royal Sussex Theatre in 1832, the early architects are unknown. Due to the non-aristocrat inhabitants of the area, it catered for the ‘blood and thunder’ type of melodrama, such as "Sweeny Todd". Pantomimes were always produced at Christmas-time.

The theatre was altered several times, and enlarged in 1842 and 1845, when it was re-named Marylebone Theatre. In 1868 it was re-named Royal Albert Theatre, after the second son of Queen Victoria. Then it was back to the Royal Marylebone Theatre from 1873. Theatre architect Thomas Verity (father of the more well known Frank T. Verity) did some alterations in 1883 and there were 1,441 seats. Seating was provided for 148 in the stalls, 441 in the pit, 218 in the balcony and 564 in the galley. There were boxes that had a total capacity of 70.

As the popularity of London’s West End theatres increased at the turn of the century, the fortunes of the Marylebone Theatre decreased. On 25th April 1910, it was converted into a cinema, known as the Royal West London Theatre, the seating capacity had been reduced to 1,000, by 1937. The cinema also had a cafe.

During World War II in 1941, it was damaged by German bombs and never re-opened. The building was eventually patched up and became an antique store as part of Church Street market. In the early-1970’s, it was demolished and today, a parade of shops, with flats above takes up the entire block.