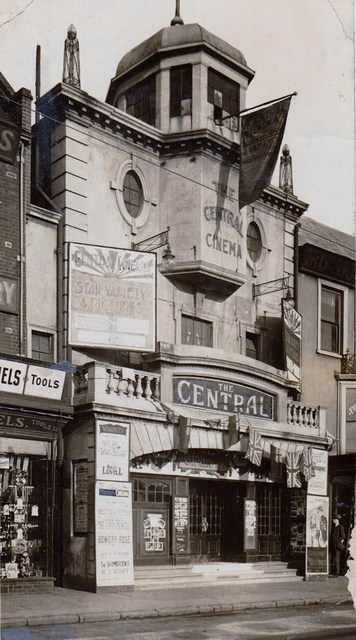 The Bijou Hall was operating as a cinema in 1909. It was closed and demolished in 1914.

On the site was built the Central Cinema, which opened on Easter Monday 1915, with the film “Florence Nightingale”. Under new ownership in 1925, in around 1928 it was re-named Plaza Cinema. It had a 25 feet wide proscenium. Last operated by V.E.H. Cinemas, the Plaza Cinema was closed in around March/April 1939.

It was then used as a storeroom. When Marks & Spencer’s store on King Street was bombed, they moved into the old Plaza Cinema building, and remained until around 1952. The building was then sold and demolished and Woolworths was built on its site, which has now also closed in early 2009.