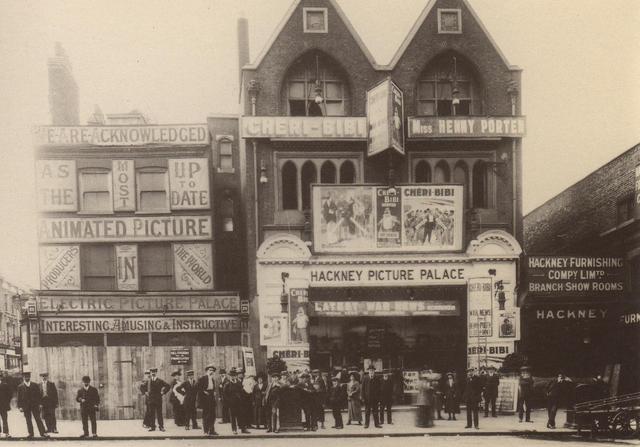 Located in the east London inner-city district of Hackney. The Electric Picture Palace was opened in 1909, and was a shop conversion that was located at the corner of Mare Street and Graham Road. It remained open until at least 1914. It was operated by A.J. Gale, who at that time also operated three other local cinemas.

The cinema was later demolished due to the widening of Graham Road, although traces of the right-hand side of the building remained until around 2001, when a new building was built on the small site.

A vintage photograph c.1914, with the Electric Picture Palace on the left:
View link