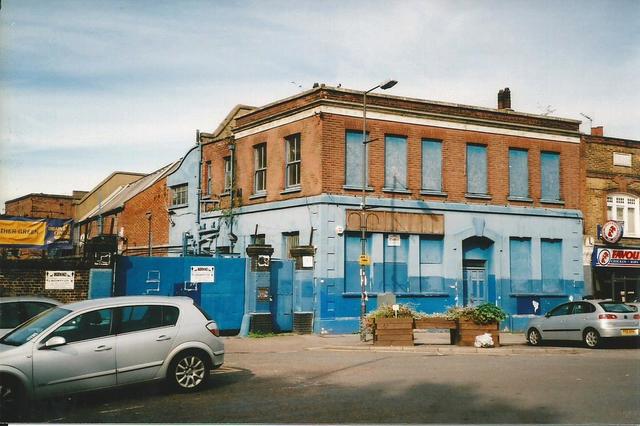 Located in the southeast London district of Hither Green. Built on a vacant plot of land between Hither Green Railway Station and the newly erected shops. The Globe Cinema opened on 27th November 1913. The building had stone dressings and decorative panels on its facade. Inside the auditorium, there were ornamental boxes with embellishments located on each side of the screen. The Globe Cinema was put up ‘For Sale’ and was closed by 16th February 1914.

It re-opened on 23rd April 1914 as the Playhouse. The Cinematograph Licence expired at the end of May 1915, and the cinema apparently continued, using non-inflammable film stock. Further applications for a licence were refused and it was closed by 19th July 1915.

The building was later used as a biscuit factory, a soda works and for light engineering use. By May 1987, it was vacant and ‘For Sale’. Last used as a plumbing business, known as the Drain Centre, it was reported in August 2010, that the bulding was due to be demolished. By 2015 the auditorium had been demolished and housing built on the site, the front section was retained and converted into housing.