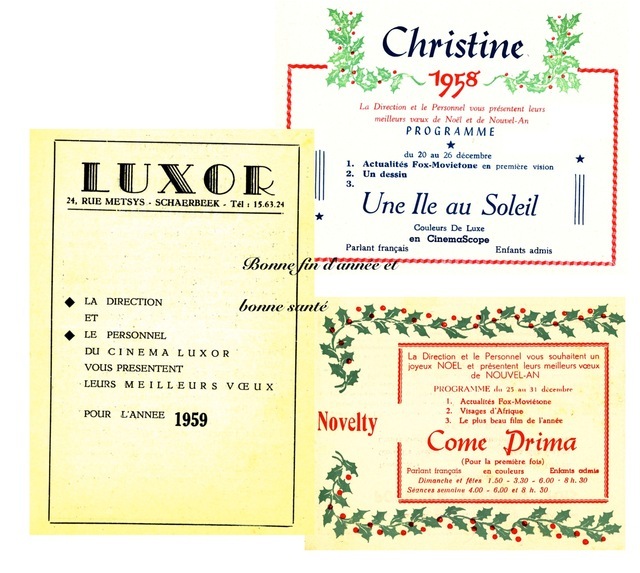 In Schaerbeek district, the Luxor Cinema was located on Rue Metsis on the former "Maison Liberale". It opened as a cinema on the 15th February 1946 with "Fou Nicholas" starring French comedian Rellys. Two weeks later was the “Tower of London” with Boris Karloff. In the mid-1950’s it showed often films concurrent with the Eldo Cinema on Rue de Brabant. The programming was very interesting with classics and popular movies to name a few; “Trapeze”, “Roman Holiday”, “En Cas de Malheur”. The closest cinemas were in the Chaussee d'Haecht, being the Elite Cinema(former Varieties)and the Nova Cinema.

The Luxor Cinema closed in 1964, one of the last films shown was “La Grande Illusion”. The building is now a Jehovah’s Witness hall.