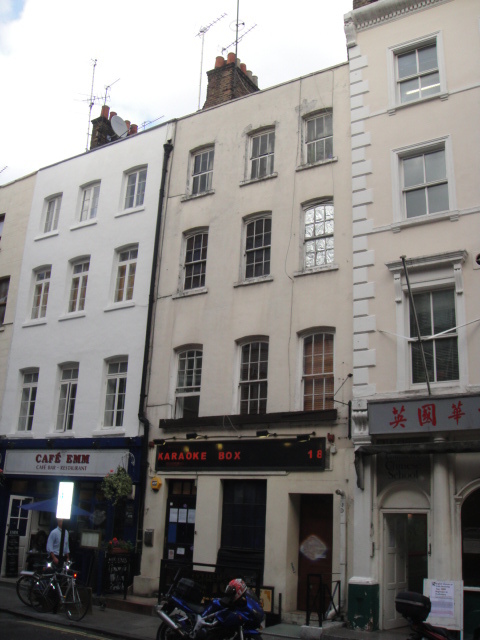 Located in the heart of Soho in central London’s West End. Operating upstairs on the first floor of the building which had previously been the Tabu Club and a sauna, the basement was at that time a prostitution pick-up joint.

In 2009, the building is in use as the Karaoke Box and there is the Frith Street Tattoo parlour in the basement.