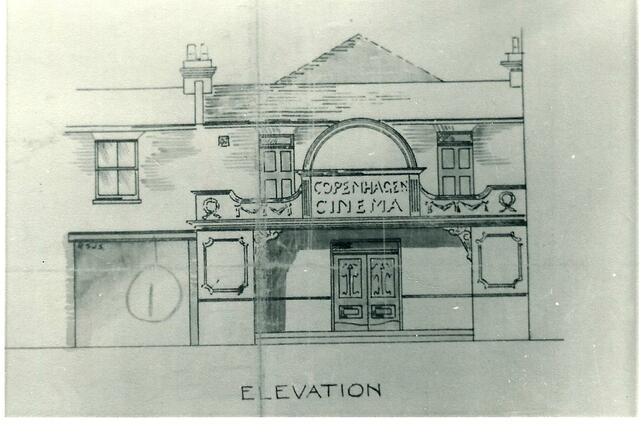 The Copenhagen Cinema was a ‘local’ cinema serving the area of Kings Cross and Barnsbury in the north London district of Islington. The Copenhagen Cinema opened in 1914, and was a conversion of a shop, to the plans of architect J. Falkinbridge Parker. Originally seating 280, by 1937 it was listed with 420 seats.

The Copenhagen Cinema was closed in 1941, possibly due to conditions during World War II. It was later demolished and Council housing was built on an enlarged site.