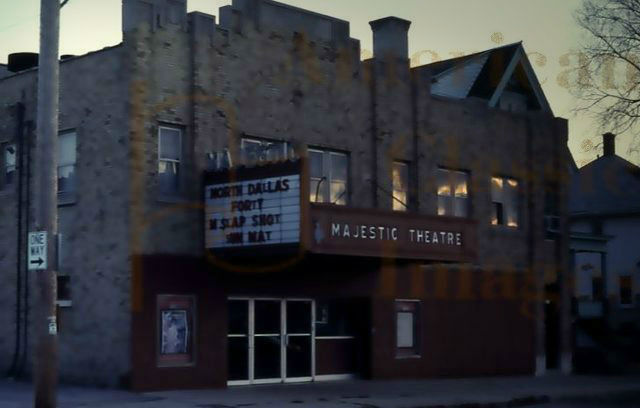 The Majestic Theatre opened in 1928 and closed in 1980, when it was converted to office space. Its original founders were Jacob Disch, also a city alderman and area performer who often appeared as "Corrigan the Cop", and his partner Lucas Unger. The Majestic Theatre once had a Wurlitzer O player organ with a library of 300 rolls. The original facade was stuccoed over soon after closure but the downtown Cudahy facade-renewal program has removed that and has begun a historic facade restoration.

The 81-year-old former Majestic Theater building, located at 3620 E. Layton Ave. in Cudahy, is getting a makeover. It is the first building to get a facelift with assistance from the city’s new faÃ§ade improvement program.

Work crews have removed the stucco from the exterior of the building. The project’s goal is to return the structure to its original appearance, including restoration of the cream city brick, new siding, awnings and tile and a brand new marquee. Construction will continue over the next several weeks and then be completed in spring.

The building is owned by the Ademi and O'Reilly Law Firm, which is the building’s anchor tenant. Other tenants in the building include Anderson Smith Advertising Consultants, Scherrer Insurance and Mr. Paul’s Hairstyling for Men.

“It is fitting that the city’s first faÃ§ade improvement project be done to such a significant building in Cudahy’s history,” said Mayor Ryan McCue. “The revitalization of this structure is just the beginning of the rebirth of our entire downtown area.”