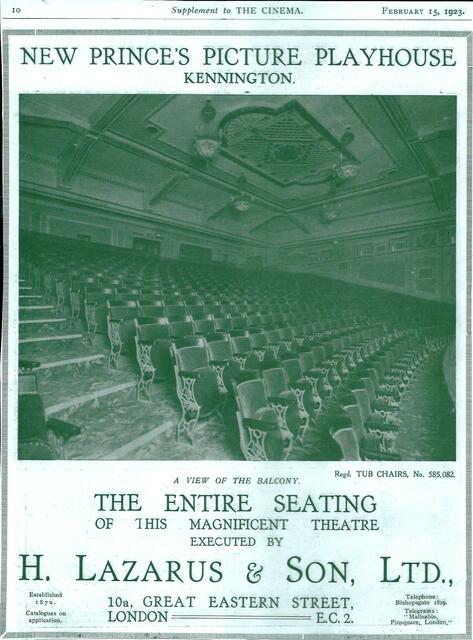 Located on Kennington Park Road, close to the junction of Kennington Lane. The Prince’s Picture Playhouse was opened on 23rd January 1923. It was built and operated by the Newington Electric Theatre Ltd. It was taken over in 1933 by Gaumont British Theatres/Provincial Cinematograph Theatres(PCT), and in 1934, they closed the nearby Kennington Theatre in favour of the Prince’s Cinema.

The Prince’s Cinema operated successfully until 10th May 1941, when it was hit and destroyed by a German bomb. Council housing has since been built on the site.