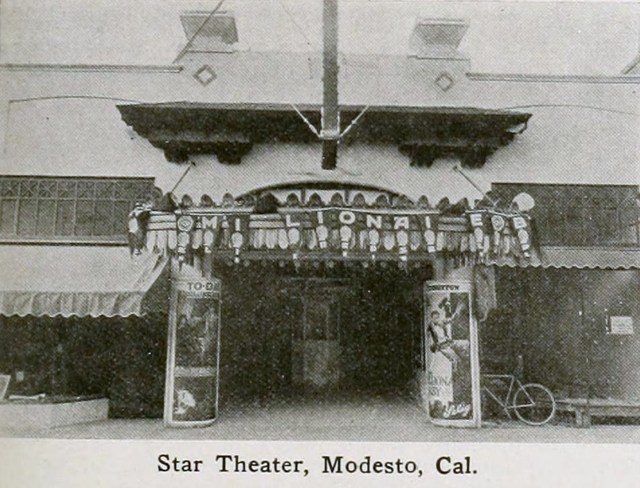 The New Star Theatre closed sometime in 1921. On February 11, 1922, it was announced that the lease on the New Star Theatre had been transferred and the remodeling of the former theater into three stores would begin. In 2009 the building was still being used for commercial purposes.

An article about the Star Theatre appears in the September 11, 1915 issue of Moving Picture World. The owner, W. B. Martin, had been an exhibitor since 1906, and had been in Modesto for about three years. He had been manager of the Modesto Theatre at the time it was destroyed by fire in December, 1913, and then leased another theater in Modesto for a year and a half before opening the New Star.

The house he leased must have been the original Star, but it could not have been across the street from the New Star, as that was the location of the Modesto Theatre. Both houses were listed in the 1914-1915 American Motion Picture Directory. Another period source indicates that the location of the Modesto was vacant land before that theater was built in 1913, so modern local sources saying that that was where the earlier Star was must be mistaken.