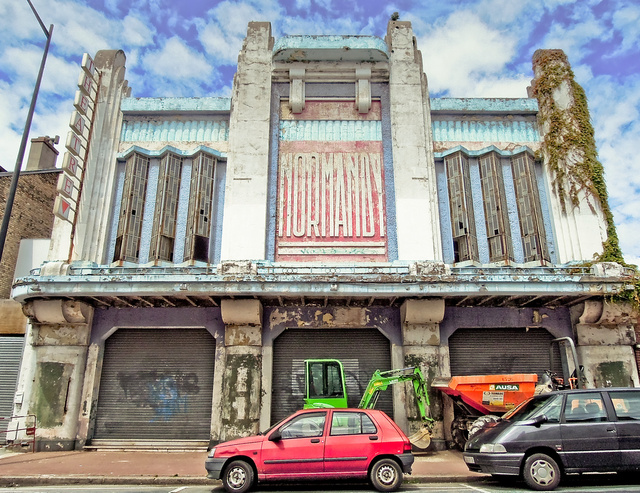 The Normandy Cinema was built in 1933 to a design from the local architect Henri Daigue. It is located in the outskirts of Le Havre, and closed as a cinema in 1989. It was transformed into a cabaret theatre, but this was not a very successful venture, and the theatre closed its doors in 1991. It has been for sale ever since 2005, and is in an a increasingly bad state.

In 2009 the city of Le Havre wants to have it marked as a dangerous structure, which would allow for demolition even though it currently is on a protected heritage list. The Normandy Theatre still stands derelict in 2020