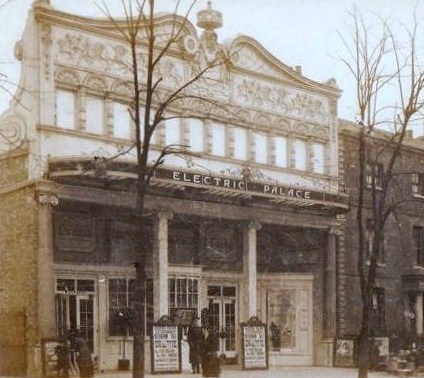 The Electric Palace opened on 21st December 1909. Seating was provided on a single sloping floor. It was a popular cinema, located in a prime position in the centre of Lewisham, a suburb in the southeast of London, and was the first cinema to operate in the area.

The Electric Palace was closed on 26th February 1922, and was demolished (apart from the rear wall) and the Prince of Wales Picture Playhouse was built on the site.