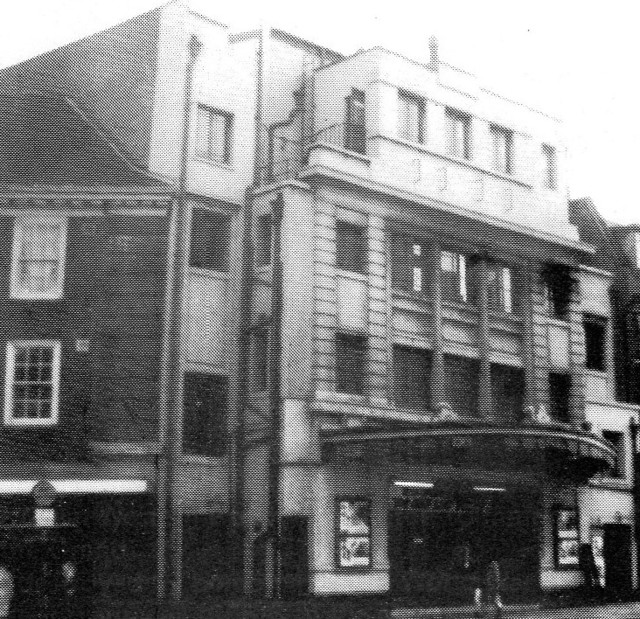 Located in the north London district of Palmers Green. The Queen’s Hall Electric Theatre was opened on 30th November 1912. It was designed in a Tudor Revival style, with a half-beamed facade. Inside the auditorium, seating was provided for 650 on a single level. There was a safety curtain which was painted with a picture of ‘Ye Olde Thatched Cottage’.

In 1923, the cinema had a new owner; Moss Harris, and in 1927 the the building was reconstructed and a balcony was added, giving an increased seating capacity for 1,100. The facade was now in a plain white stone finish, with numerous windows on three levels, allowing light into the circle foyer, offices and projection room.

It was converted into a bingo club, but this did not last long. The building was demolished in February 1971, and a supermarket was built on the site, later occupied by Marks & Spencer’s Simply Food supermarket and by 2012 a little Waitrose.

I just found out today that my Grandfather designed this building. Pity it’s no longer there. I’d love to see it.

I often went to this cinema in the late 50’s/early 60’s. It was known locally as the “flea-pit”, which I thought unfair, perhaps because the nearby Gaumont was more luxuriously appointed.