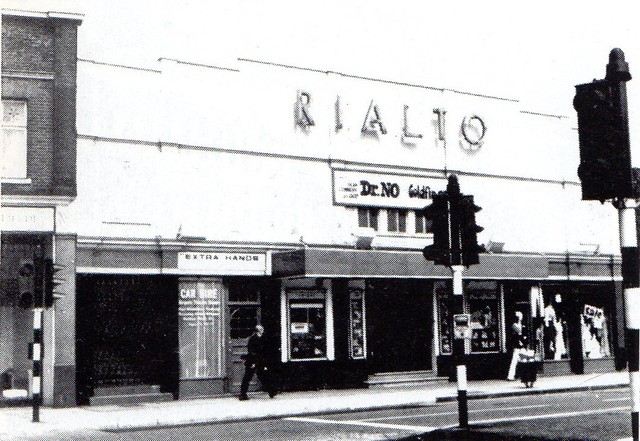 Located in Raynes Park, to the south-west of Wimbledon in southwest London at the corner of Pepys Road and Coombs Lane. The Raynes Park Cinema opened on 5th December 1921 with Dorothy Phillips in "Heart of Humanity".

In September 1933, it was closed for three weeks while a modern facade was added to the cinema, and it re-opened as the Rialto Cinema on 9th October 1933 with Ramon Novarro in "A Night in Cairo"(The Barbarian). During World War II, it was taken over by S.M. Super Cinemas operated by Southan Morris. The Rialto Cinema was closed on 23rd September 1978 with Michael Caine in "The Swarm".

It stood empty and unused for several years, and was demolished in the mid-1980’s. An office block named St. George’s House stands on the site today.

A moment here from the Rialto’s final days…
View link