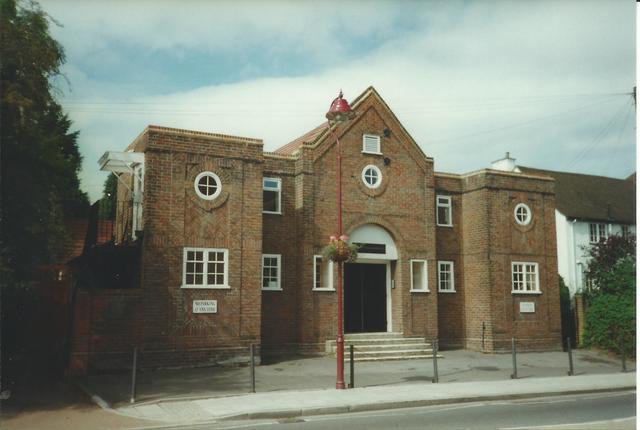 Radlett is located on the north-western extreme of today’s Greater London. The former Parish Hall was converted into the Cinema, opening on 5th September 1929 with Gary Cooper in "Legion of the Condemned". It had a stage, and there were three dressing rooms which were put into occasional use by amateur dramatic societies.

The Cinema was closed on 27th August 1960 with Jimmy Edwards in "Bottoms Up" and Rex Reason in "The Rawhide Trail". The building reverted back to community use and was known as Radlett Hall. By 2002, it had been converted into a United Synagogue.