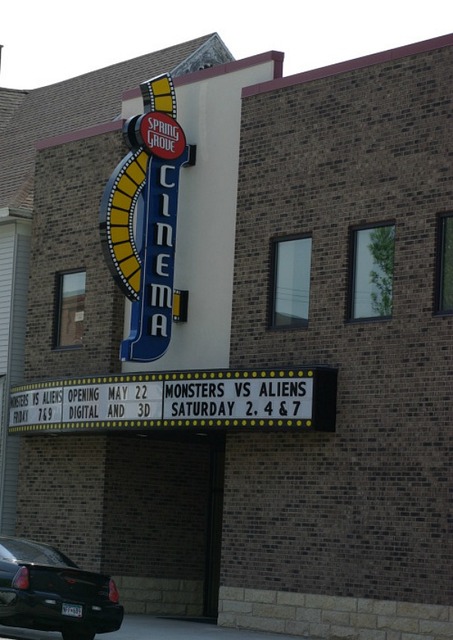 The Grove Theatre opened in 1939 with seating listed at 230. The theatre was located on W. Main Street just down from Division Street. This was one of four theatres in Spring Grove but outlasted the others.

It was remodelled in 2014 and renamed Spring Grove Cinema.

The address should be 167 W. Main Street. This theatre has been remodeled and is now called the Spring Grove Cinema. It is digital showing first run movies. Tel. 507.498.7469 website

This is not a remodel, and was not done in 2014. Street view from 2008 shows it under construction. Maybe they tore down the old theater to build it? About half of the old downtown has been demolished, including almost the entire north side of Main, so I’m not sure where 4 theaters would have fit in such a tiny town (didn’t reach 1,000 people until the 1950 census).