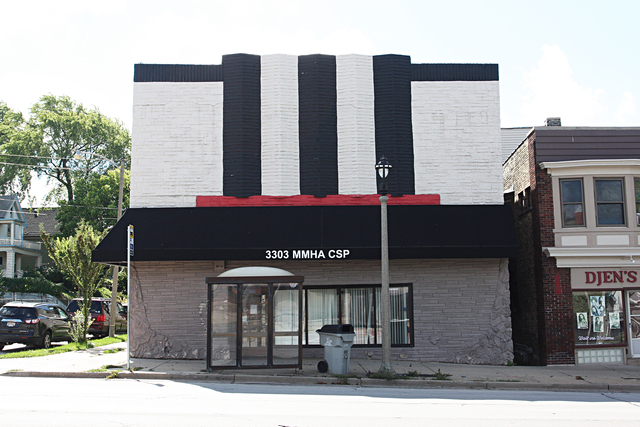 The theatre closed in 1957 and now houses a company called Damage Control Inc. (They clean up after fires, floods, etc.). Any further info on the Grace Theatre would be appreciated.

(July 16, 1930)
Bomb Is Exploded at Milwaukee Movie House
[Associated Press Leased Wire)
MILWAUKEE â€" A dynamite bomb was exploded in front of the Grace theater, a neighborhood movie house, at 2:55 a. m. today wrecking the front of the structure.
Paul Orsic, manager, said the only motive he could ascribe for the bombing was a disagreement with an operator who wanted to join the union.
A stick of dynamite, the fuse partly burned, was found on the roof of the theater after the blast.

A Grand Barton Theater Pipe Organ 2/, manual/, keyboards/, was shipped 85 miles from the Barton factory in Oshkosh B'kosh, Wisconsin in 1925. Anyone have any idea what happened to the organ?