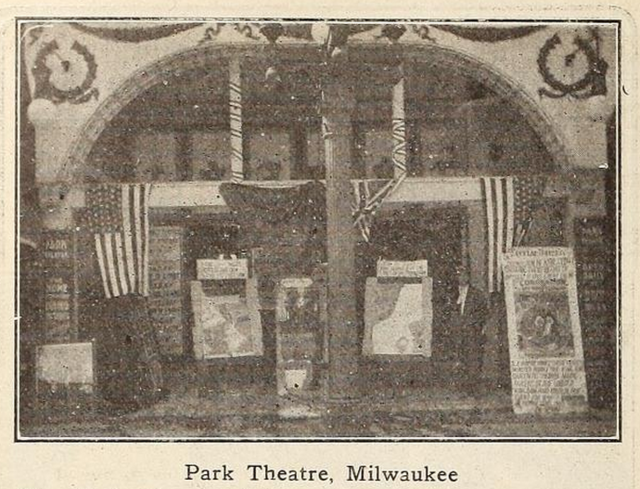 The Park Theatre opened in 1907. Seating was listed at 400. This was one of several neighborhood theatres within a few block radius of each other. The architect for the Park Theatre was Henry Lotter.

The theatre closed in 1954 and has been repurposed for retail, there is a Western Wear store in the former theatre building.

Milwaukee Movie Theaters, by Larry Widen, says that the Park Theatre was one of the early houses operated by Edward J. Wagner. He sold his theaters in 1919 to concentrate his efforts on his new Garden Theatre, which he operated until his death in 1930.

According to Moving Picture News the proprietor and manager in 1911 was Mr. Joseph Schwartz.

Some interesting changes being made to the building and a good history piece here. https://onmilwaukee.com/articles/park-theater-biltrite-spelunking?fbclid=IwAR1weumuXkS4FR5mlvtW2h0TZuxaoeOmcBXNl2QD5vA45tKsF1Dxi_AJC8s