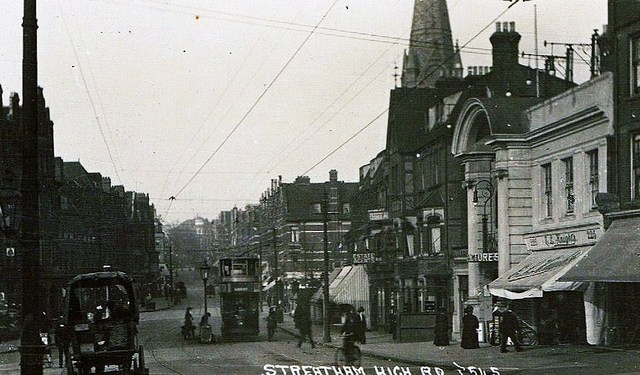 Located in the southwest London district of Streatham. The Empire Picture Palace was opened in December 1910. The cinema had a narrow entrance and the auditorium was reached via a corridor. It was also equipped with a tea room, reading rooms and a billiard saloon with two tables. The Empire Picture Palace was closed in 1932, due to newer cinemas being opened in the district which were equipped with sound films.

During World War II the building became a sporting club and held regular dances. The auditorium was totally destroyed by a German V1 flying bomb, the first to fall on Streatham on 17th June 1944. The site was redeveloped and the front of the building became a Post Office. The Post Office was closed in August 1993 and it became a carpet shop, then a Soccers Bar. Since 1999 it has become the Ye Olde PO Bar. The site of the auditorium at the rear is now occupied by Potter’s Snooker Club.

The front of the building (with a modern facade) and former foyer space has been in use as the Blue Ice Club and is now a Jazz Cafe.

I think I have placed this picture on the right Listing…

It is correctly placed Mike. Thanks

Hmm Getting good at this :o)