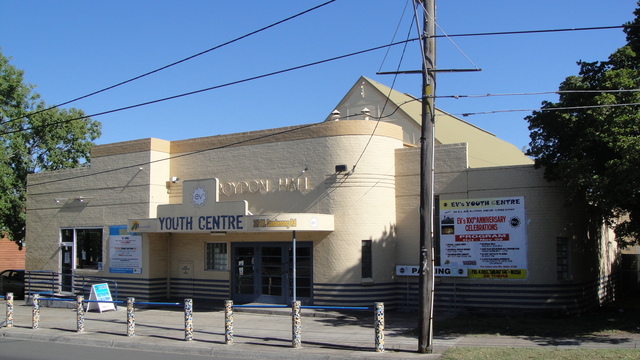 Loctated in Croydon on the extreme eastern edge of Melbourne. Originally built in 1910 as the Mechanics Institute, it began screening films from 1923.

In 1937, it was given an Art Deco style remodel both externally and internally and was re-named Croydon Hall Cinema.

It was closed in around 1964. It was purchased by the local Council and became a youth leisure centre.