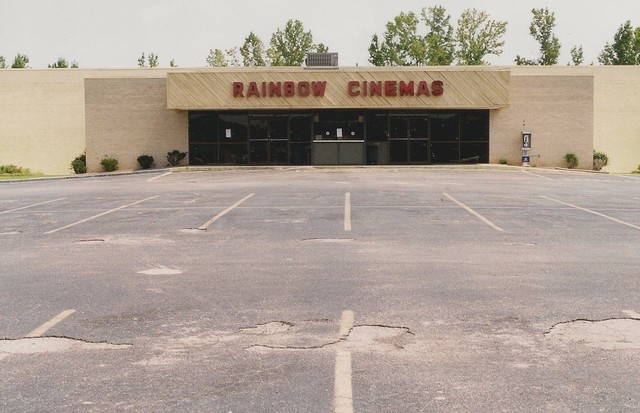 Opened on December 21, 1979 with four screens by Litchfield Theatres as the Rainbow Cinemas. It was located across from the Gadsden Mall on Rainbow Drive. The opening features were "The Black Hole", "The Rose", "Roller Boogie" and "1941". Two auditoriums were equipped with Dolby Stereo.

The theatre was upgraded to 8 auditoriums in 1988 opening them as each was finished with all being completed by January 1989. The theatre closed for a short time in 2001 and Hamilton Theatres took over operations on February 1, 2001. They began a renovation adding seating to the back four auditroiums and upgrading to digital sound in all auditoriums. They reopened on February 9, 2001 as each auditorium was completed.

The Rainbow Cinema 8 closed on October 29, 2003. Any further information on this theatre would be appreciated.

These theatres have been demolished.