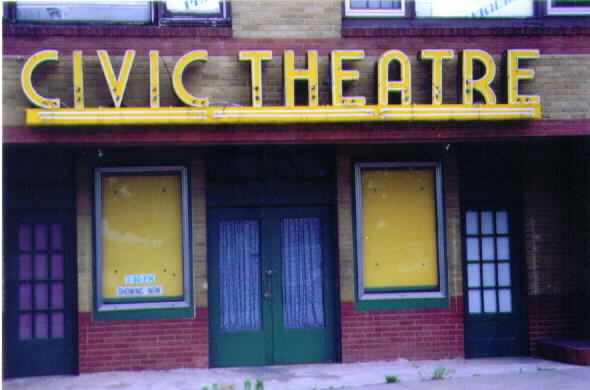 The Civic Theatre was operating prior to 1950.

In March 2010, the building is offered ‘For Sale’ complete with 360 seats, and a cinema screen.

An item in the January 15, 1916, issue of The Moving Picture World said that a new theater called the Grand had opened in Osceola, Missouri. I’ve been unable to discover if the Grand was the same house that became the Civic, but Osceola being as small as it is, it’s possible that it only ever had the one theater. The building the Civic is in is typical of commercial structures built during the 1910s.