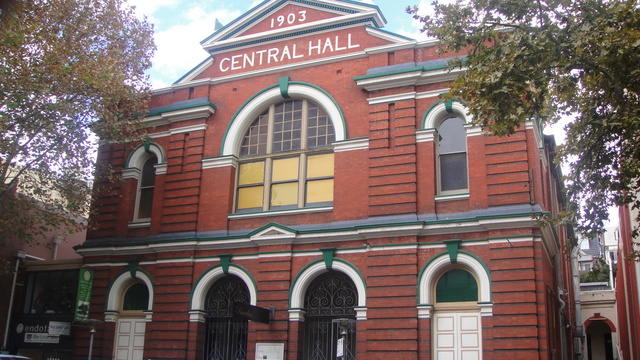 The Central Hall was opened in 1903 and from around 1905, it was used to screen films from travelling picture shows. Apparently, it never had a permanent projejection box. Seating was provided in stalls and a horse-shoe shaped circle.

Film use ceased in the late-1920’s and the building was then used for live performances. It became the Mission Theatre from 31st July 1992 and this lasted several years.

By March 2010, it was in use as Bacchus Restaurant.