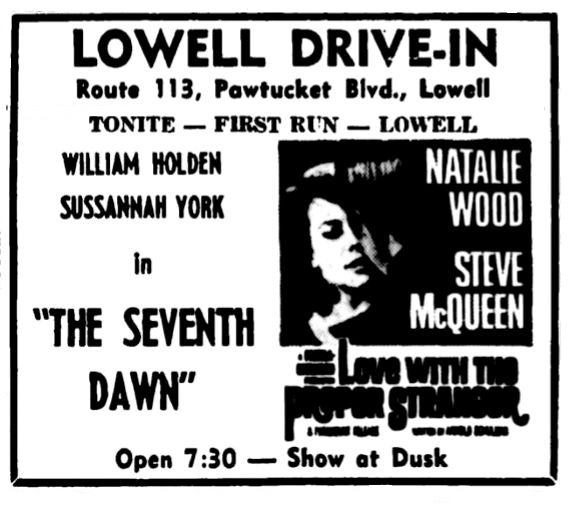 The Lowell Drive-In was opened on July 8, 1950 with Alan Ladd in “Whispering Smith” & Lon Chaney Jr. in “16 Fathoms Deep”. It was operated by Norman C. Glassman who also used to own and operate Lowell’s Rialto Theatre and Capitol Theatre. The Lowell Drive-In had a capacity for 350 cars. The concession building housed a dining terrace which seated 100 patrons and an outside terrace which had 12 picnic tables. The childrens playground featured a miniature train, swings and slides.

The Lowell Drive-In operated until around 1980 and though most of the site remains undeveloped, the screen and the structures are gone. It is now bordered by J.J. Boomers Lounge and the Brunswick Zone bowling and Entertainment center.