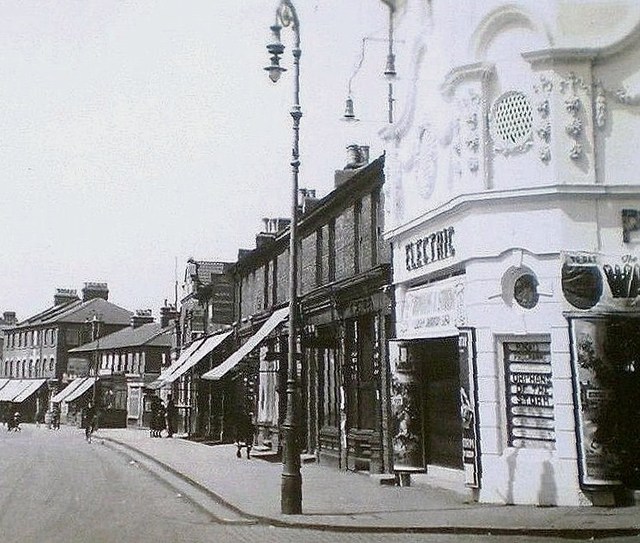 The Electric Palace opened on 23rd March 1910, with the Mayor of Croydon in attendance. The entrance (on a corner with High Street and The Retreat) was an adaption of an existing building and was decorated in a particularly fine plaster decoration. The auditorium was built at the rear, and ran parallel to the High Street, behind existing shops.

It was first operated by the Electric Palaces Ltd. circuit, and by October 1923, when it was closed, it was operated by the owner of the Central Electric Theatre, further along the High Street.

Nice name any more info out there?