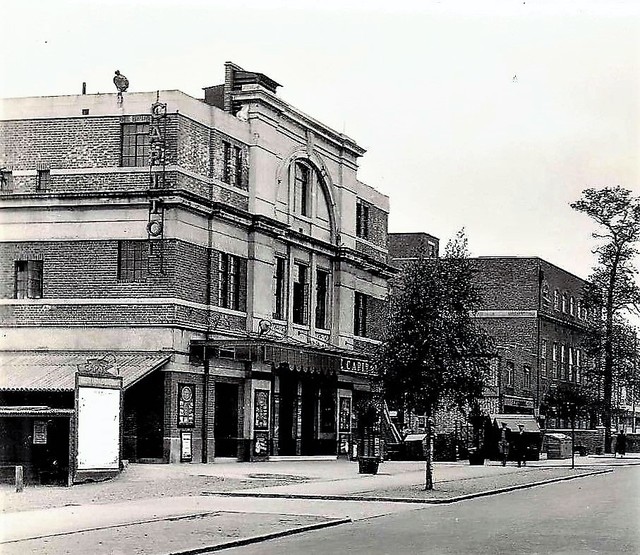 Located in Upminster in the east of Greater London on St. Mary’s Lane at the corner of Tudor Gardens. The Capitol Cinema opened on 10th October 1929 with Richard Barthelmess in "Parasites" and Monte Banks in "Adams Apple". It was a project of Lou Morris chain, and was soon taken over by D. J. James.

The Capitol Cinema was equipped with stage facilities and dressing rooms. It had a Compton 2Manual/5Ranks organ, and there was a cafe. It was taken over by Eastern Cinemas in April 1937.

On 28th February 1943, it was taken over by the Oscar Deutsch chain of Odeon Theatres Ltd., and was re-named Odeon from 19th August 1946. As part of the Rank Organisation, it was re-named Gaumont from 29th August 1949.

The Gaumont was closed on 15th July 1961, with Yul Brynner in "The Magnificant Seven" and James Brown in "Police Dog Story". It was converted into a Top Rank Bingo Club, which eventually closed in 1973.

The building was demolished in 1974 and a Wallis supermarket was built on the site, later operating as a Somerfield supermarket and by 2015 a Waitrose supermarket.