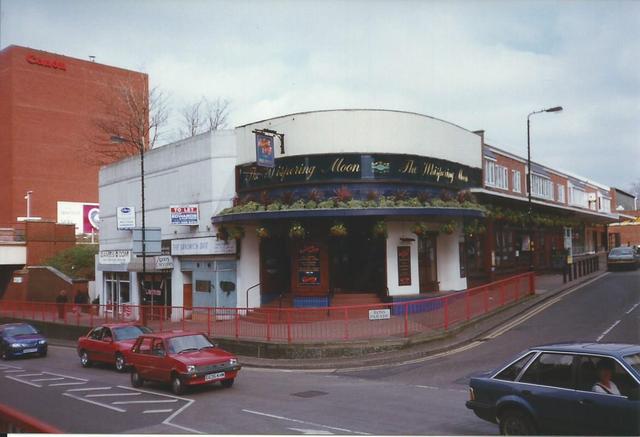 Located in Wallington, to the East of Carshalton in the South of Greater London. The Odeon was one of the original Oscar Deutsch built Odeon Theatres, built for his Odeon Theatres Ltd. chain.

The Odeon opened on 26th May 1934 with Gracie Fields in "Love, Life and Laughter". The building on a corner site at Woodcote Road and Ross Parade, had a white Portland stone facade. Inside the auditorium, the seating was in a stadium plan, with a raised stepped section at the rear, rather than an overhanging balcony. There were 574 seats in the stalls and 361 seats in the raised section. Concealed lighting was emitted from a large laylight fitting which ran along the centre of the ceiling.

The Odeon was closed by the Rank Organisation on 27th April 1957 with John Gregson in "True as a Turtle" and Jean Gabin in "Gas-Oil".

The auditorium was demolished and a Wallis supermarket was built. Since the early-2000’s, the supermarket has moved out and a pub operated by the JD Wetherspoon chain named The Whispering Moon now uses the building, utilising the original Odeon entrance and foyer as the entrance to the pub.