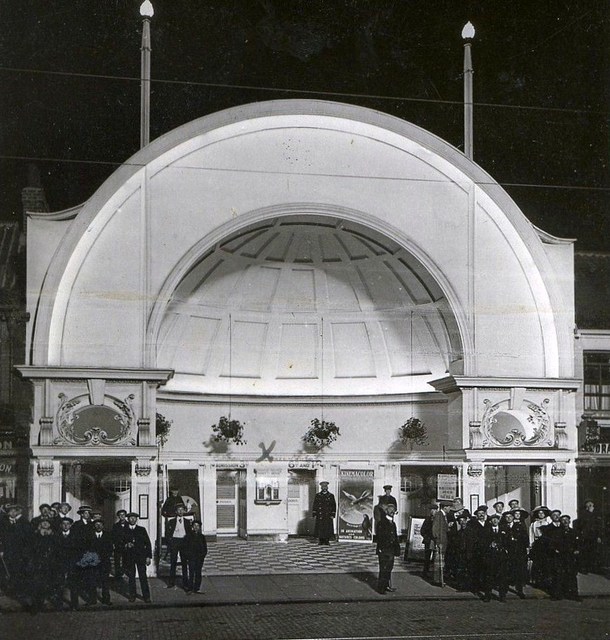 Situated almost opposite the Tower Cinema in Anlaby Road, the Regent Picture Theatre predates the Tower Cinema by four years, having opened on December 24, 1910 as the Kinemacolour Palace. It was a much less ambitious project and was built, using a 250 strong workforce in just seven weeks.

It opened with a none too successful early attempt at colour films (Kinemacolour) patented by an American - Charles Urban - but quickly moved to more widely available black and white movies and was re-named Kinema Picture Palace. It was re-name Regent Picture Theatre in 1919.

It was owned throughout its life (along with the Tower Cinema) by the same family and both cinemas shut their doors for the final time on September 16, 1978. The Regent Picture Theatre had by this time become an ‘X’ rated film venue.

The Regent Picture Theatre later became a roller skating rink but is now a large pub, opened as the Prince Regent, then Gussy’s Bar and since 2006, renamed G.W. Horner’s, located in the former foyer area. The auditorium has been demolished.