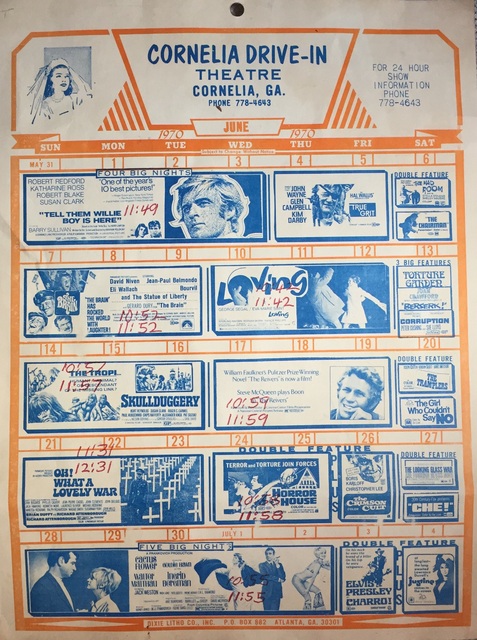 I remember this drive-in stayed open after the Grand closed. The last time I rode by which was about 8 years ago you could tell where the drive was. It looked like it had been closed for a while but was still standing but falling down.

Thanks J.B. Did you think to snap a few pictures.

Sure could use an address, more info and photos!

Not living in Cornelia I cannot say exactly when the drive-in closed. I do remember that when the Grand first closed, the drive-in stayed open. After the Grand reopened, I don’t know if the drive-in closed or not. The last time I saw the Grand open it was playing Independence Day. (1996) I guess it closed after that because the next time I went through, it had been demolished.

I did not take any pictures of the drive-in the last time I went through Cornelia but you could see that some of the trees that surrounded it had been cut but you could still see the parking area.

Like I said, not living there, I cannot tell exactly when everything closed.