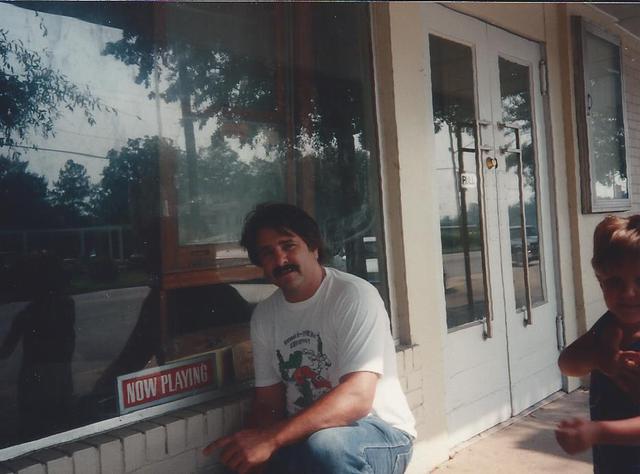 The Johnston Theatre was opened in the late-1940’s and was listed in the 1950 edition of Film Daily Yearbook. It joined the town’s other older movie theatre, the 200-seat Liberty Theatre on Main Street. I have been to this theatre after it had closed and the marquee taken down. I searched in my 1956 Almanac for the theatre under theatre circuits hoping to spot Johnston, S.C. I took pictures of the old theatre, it had been gutted and I think a cabinet shop or a wood shop was using the building.

All that was left was a ‘Coming Soon’ slide in slide sitting in a window. I think it was open as late as when "Empire Strikes Back" because I think I was driving through Johnston and did notice the marquee at that time. Highway 25 runs right through town, the theatre was off Highway 25 just a few stores down from the main intersection in the town.

I put JOHNSTON THEATRE in Header,but I have no idea if that is the correct name.

boy, Chuck,I don’t know.I will have to get a map on it like you said.