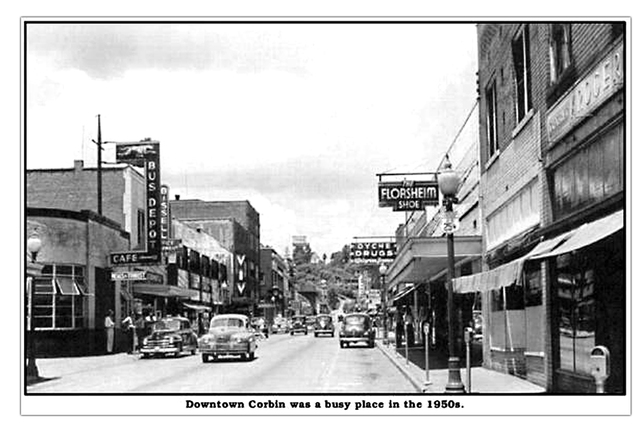 Besides being the home to Col. Sanders, Corbin, Kentucky was also the home to the Viv Theatre, which was operating prior to 1941 and continued until at least 1950.

This downtown theatre in the heart of the Cumberland Mountains was owned by Elmart Theatres, and unlike so many chains in the 1950’s this one was not regional, but was located in Buffalo, N.Y. of all places. Elmer Lux was the President. Corbin. KY. still has a drive-in showing movies.

From the 1950s a photo postcard image of downtown Corbin along with a view of the VIV.