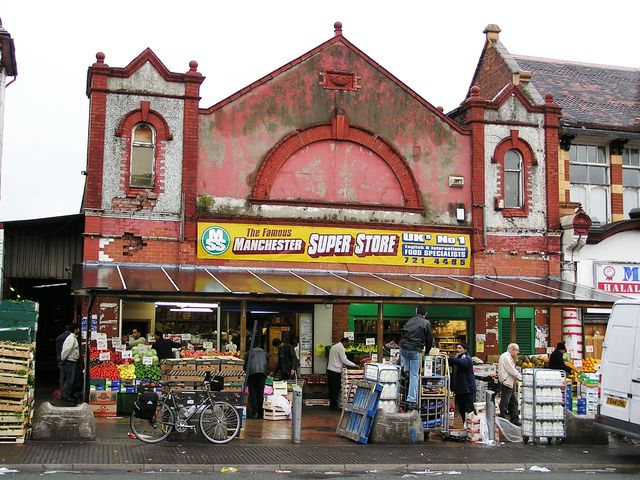 The Greenhill Cinema was taken over by the Union Cinemas chain in the early-1930’s, and by 1937, it was operated by an independent.

The Greenhill Cinema was closed on 19th May 1962 with Gregory Peck in "The Guns of Navarone". It was converted into a bingo club, which operated for many years. Since that closed, the building has become a supermarket, named Manchester Super Store.

The building next door which has the facade flanked by a tower on each side (also operated by Manchester Super Store) was never a cinema. It was a Temperance Billiard Hall designed by architect Norman Evans around 1906.

A photograph of the adjacent building (not a cinema, possibly built as a snooker hall):
http://www.flickr.com/photos/boo664343183471/

Great film to go out on.

The building next door was a Temperance Billiard Hall, opened c.1906 and one of about 17 designed by Norman Evans.

It was actually opened pre-1920. It is shown on the OS revision of 1915 as Picture Theatre, and is included in Slater’s 1917 Directory as ‘Premier Picture Hall (Premier Pictures Ltd)’.