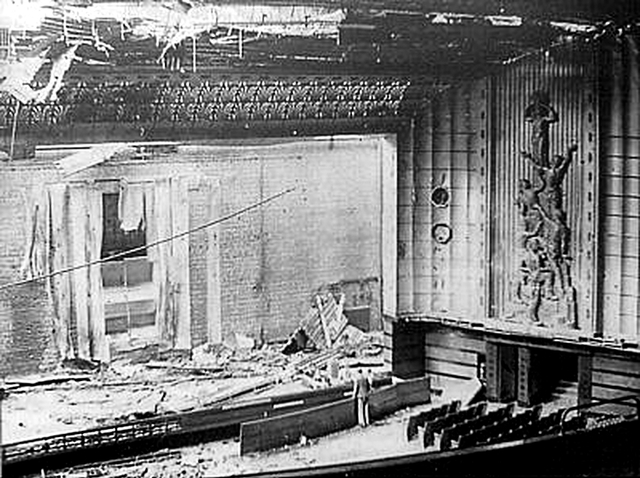 Bomb damage to the stage end of the auditorium (image from the site of the late Colin Sutton). It shows how the screen, in tatters, was at the rear of the stage. There was a central brick chamber, which stuck out from the building, which housed the loudspeaker(s): the ‘horn chamber’ on architectural drawings. The elaborate art deco figures in the proscenium frame were ripped out in the 1960s makeover – and the proscenium frame cove lights were dispensed with, replaced by the hideously bright ‘pageant lights’ beloved of the Odeon organisation at that time. They were like intense watch-tower search lights to people in the front stalls. No atmosphere!