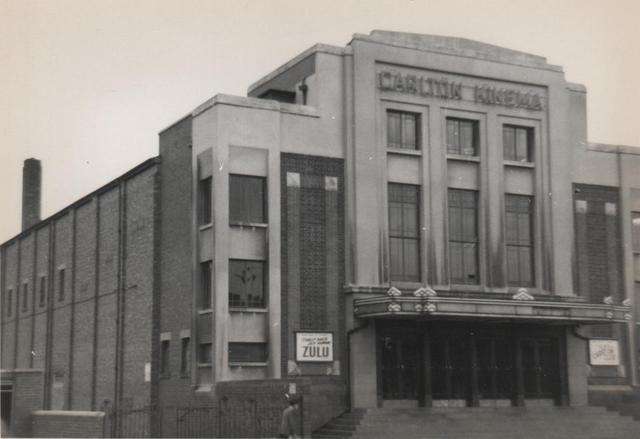 The Carlton Kinema was opened on 5th August 1935 with Shirley Temple in "Now and Forever" and Randolph Scott in "Wagon Wheels". It was part of a small circuit of local Leicester cinemas operated out of the Evington Cinema. Seating was provided in stalls and circle levels, and there was a small stage, but it was little used.

The Carlton Kinema was closed in 1968 and was converted into the Rutland Bingo Club. In the late-1970’s or early-1980’s, it re-opened as a cinema, screening ‘Bollywood’ films, but this was a short lived venture.

The building was converted into a Kwik Save supermarket in 1982, and continued until 2007, when it was demolished and a Lidl Supermarket was built on the site.