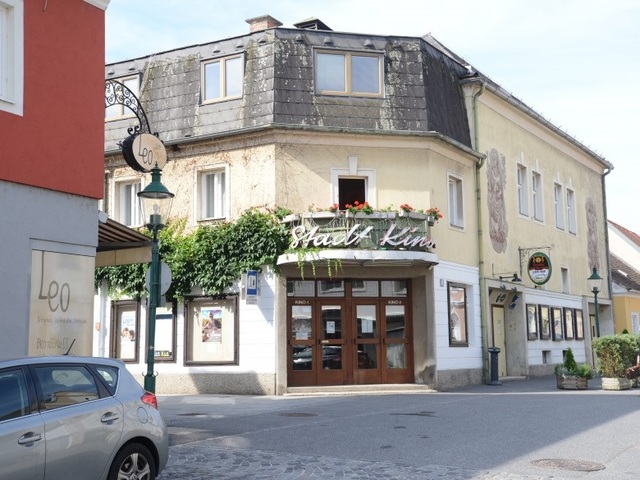 Stadt-Kino Horn, located in Horn, Austria war designed by architect Robert Pomerenke. The theatre was opened in 1954 as a singel-screen theatre. It had a seating capacity of 600.

In 1956 Stadt-Kino Horn was one of the first widescreen cinemas in Austria.
In 1979 it was converted into a two-screen theatre. In the 1980’s a cafe, bar and billiard hall was added in the lobby. In 1999 the theatre was closed when a new multiplex opened nearby.