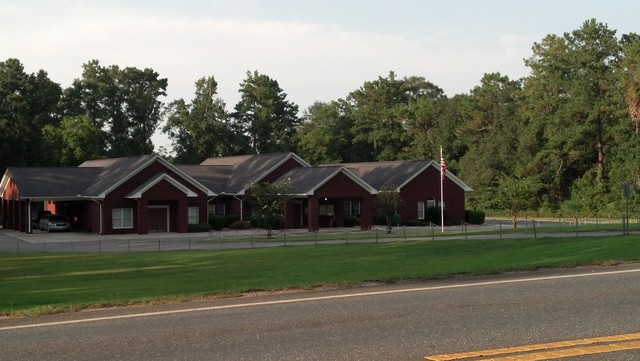 The Double D Drive-In was located west of town on US 90. The property is now home to a funeral home.

Pictures of the Double D from its page at Drive-ins.com: http://www.drive-ins.com/gallery/fltdoub

Interesting name! Does the d stand for anything?

Junior was born January 9, 1940 in Geneva, AL to the late Melton Sr. and Thelma Henderson Ryals. He worked as a projectionist for over 35 years at Mac’s Drive in Theatre. Junior loved and ministered with music at several nursing homes in the surrounding area. He was loved and cared for by many.

The Family will receive friends one hour prior to graveside services at James & Sikes Funeral Home Maddox Chapel.

I bet people are dying to get into this place!! Is Melton “Junior” Ryals funeral going to be held at the funeral home on the former drive-in site?