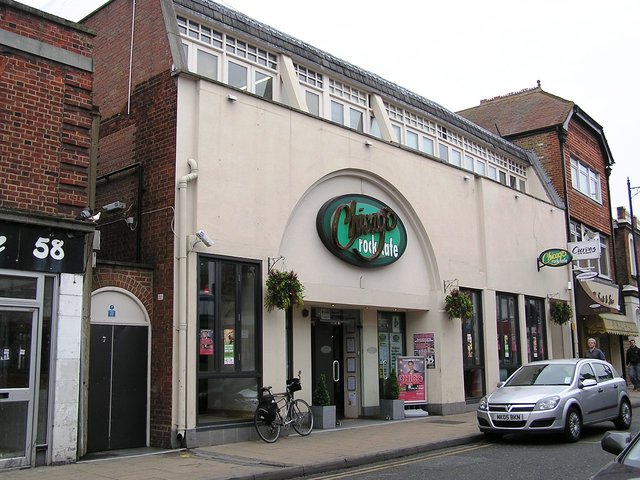 The Picture Palace opened in late-1913, and had 500 seats. In 1928, it was was partially demolished to build the Plaza Cinema.

An independent company was set up to build the Plaza Cinema, and it opened on 3rd September 1928. The brick building had a modern facade, which contained a large arch over the entrance. Inside the auditorium, the proscenium was 32 feet wide, the stage was 10 feet deep and there were two dressing rooms. The Plaza Cinema was equipped with a Wurlitzer 2Manual/5Ranks organ, which was opened by organist Phillip Dore. The Plaza Cinema was taken over by the Union Cinemas chain in around 1930. They were taken over by the Associated British Cinemas(ABC) chain in October 1937.

This became Roma nightclub but as of Aug 2012 was boarded up along with adjacent properties. Possible redevelopment of the area.