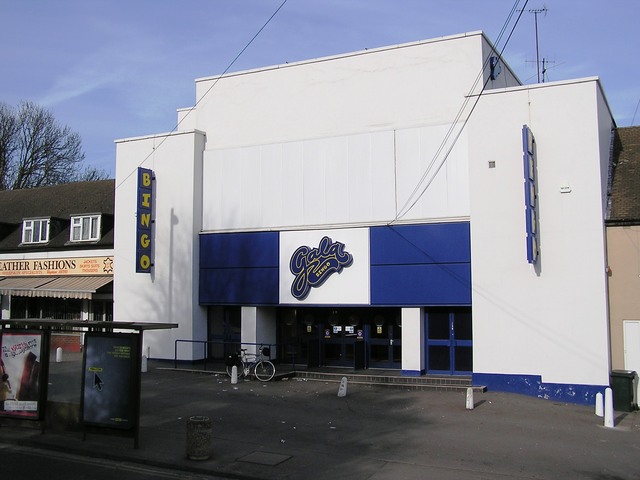 Located in the Radford district of Coventry. The Savoy Cinema was built for and was operated by the local independent Philpot Circuit. It was opened on 2nd July 1938 with Gary Cooper in "Lives of a Bengal Lancer". Designed in a splendid Art Deco style to the plans of noted Coventry architect T.D. Griffiths, it was designed by his assistant A. Hendy.

The cinema had a modern façade, with large windows above the entrance, which allowed light into the circle foyer. Inside the auditorium seating was provided for 1,350 in the stalls and 500 in the circle. The proscenium was 48 feet wide. The Savoy Cinema was equipped with a Wurlitzer 2Manual/5Ranks organ, which was opened by organist Eric Lord. Above the entrance foyer was a ballroom, which could accommodate 150.

In early-1941, a German air raid damaged the Savoy Cinema by blowing its roof off. It was repaired and was set to reopen on Easter Monday, but the building was bombed again, just two nights later. Further repairs were carried out and it eventually re-opened in August 1941.

The Savoy Cinema was closed in June 1962. It was initially planned to convert the building into a 10-pin bowling alley. However, these plans were amended, and the auditorium was demolished to build a purpose built bowling alley at the rear of former cinema entrance. The former ballroom and foyer were retained in recreational use and as an entrance to the bowl.

The bowling alley was a short lived venture, and the building soon became a bingo club. In 2010, it was operated as a Gala Bingo Club. In June 2018 it was re-named Buzz Bingo Club.

A vintage and a recent photograph of the Savoy Cinema:
http://www.ukwurlitzer.co.cc/2226.html