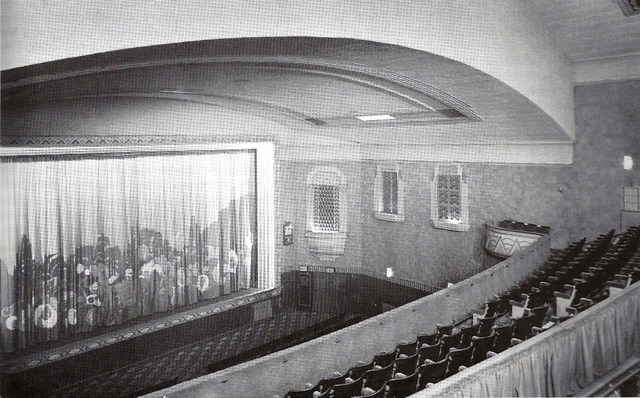 Located in the Dunstall district, in north-west Wolverhampton on Stafford Road, opposite the junction with Bushbury Lane. The Dunstall Picture House was opened on 19th November 1934 with "Lillies of the Field", with actress Winifred Shotter, who starred in the film, present on opening night.

Built for independent operators, the Dunstall Picture House had an attractive modern facade. Inside the auditorium, seating was provided in stalls and circle levels. It had a 42 feet wide proscenium, and a 19 feet deep stage.

Within two years it had been taken over by the Oscar Deutsch chain of Odeon Theatres Ltd. and was re-named Odeon. Leading an uneventful life, the Odeon was closed by the Rank Organisation on 5th November 1960 with Anthony Quinn in "The Savage Innocents" and Vincent Ball in "Dead Lucky". The building stood empty for over a year, then it was converted into a Top Rank Bingo Club, which opened on 16th February 1962. In 1971 it was operated as a Surewin Bingo Club which closed on 23rd September 1981. A new purpose-built bingo club had been built just a few hundred yards away on Bushburry Lane.

The Odeon was in the way of a road widening scheme, and was demolished in November 1981.

A picture of the Odeon Dunstall: View link

A color photo taken during its life as a bingo hall: View link