The University 1 & 2 was opened on December 22, 1978 by Harry L. Nace Theatres with seating listed at 540. The large screen was twinned on October 5, 1984. Later operated by United Artists and finally by Wehrenberg Theatres, the twinned screens were converted back to a single screen on July 2, 1997.

The theatre closed in 2001 and was later repurposed for retail.

This location was a duplicate to its sister theatre, the Marina Twin in Prescott. At some point, one auditorium was split down the middle into two very narrow auditoriums with ridiculously small screens (one of the worst splits I have ever seen!). In 1997, Wehrenberg took out the split, stadium-converted the auditoriums and revamped the lobby, restrooms, and concession stand. This beautiful remodel didn’t stop the inevitable collapse of business when Harkins opened their 11-plex a few blocks away.

This opened on December 22nd, 1978 by Nace Theatres and the large cinema split down the middle opening on October 5th, 1984. In 1987 it became part of Blair theares and in 1988 United Artists and Wehrenberg in 1993. The 1984 split was undone and converted into stadium seating, opening on July 2nd, 1997 to compete with the Harkins Luxury 11 that opened on the same day. Closed 2001 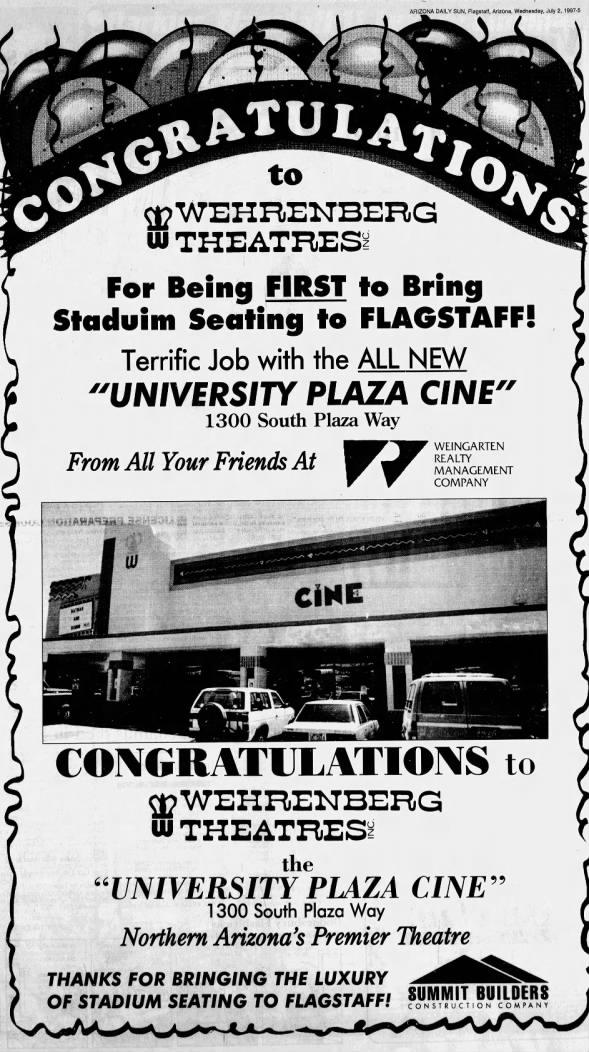