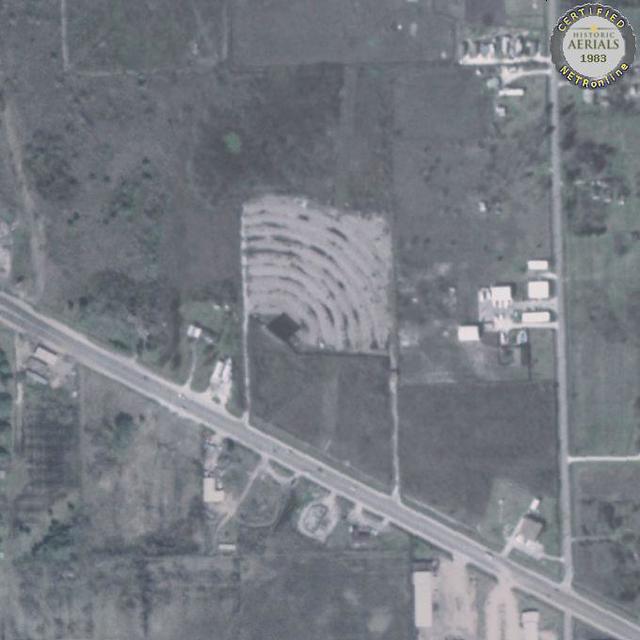 The Cinema Park was actually on TX-6, west of town near County Road 142. The address below will map to the location of the Cinema Park Drive-In:

The Cinema Park Drive-In is visible on Google Earth up until 2004, after which time someone dropped a building on top of it.

The address given previously is the location of the Alvin Drive-In which closed in the late 60s.

The screen looks like it fell down and stayed in the lot until late 2004.