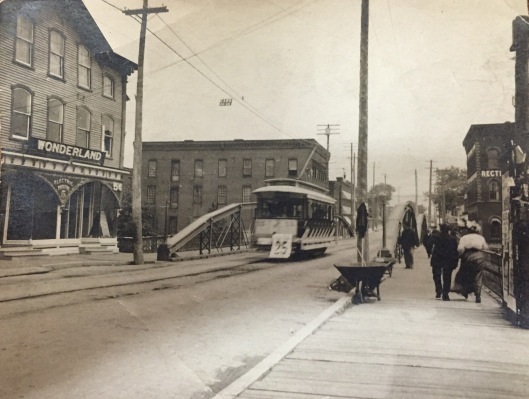 The Wonderland Theatre was the first motion picture theatre in Plattsburgh. It was in operation by 1907 and continued to entertain the citizens of Plattsburgh until 1921. The building was originally named the LaForce Building and was home to the leather and harness business of Mr. LaForce. It was later acquired by Mr. L. Frankfield, then sold to Mr. Graham of Watertown, NY who established the theatre. In it’s final days as a theatre it was operated by the Holland Brothers, who later operated the Star Theatre.

In 1929 the building was occupied by the Amanda Baker antique shop. The building was demolished in June of 1930 to make room for the new bridge over the Saranac River.