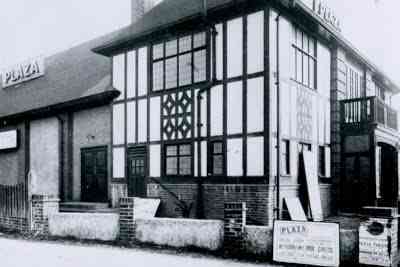 The Plaza Cinema was located adjacent to Iver Railway Station at the corner of Bathurst Walk and Wellesley Avenue, Iver, Buckinghamshire. It opened on 6th August 1928 with Jacqueline Logan in "The Leopard Lady". All seating was on a single sloping floor, although there was a tiny private balcony, said to have been installed for the use of the Duke & Duchess of Kent, who lived nearby. There was a cafe located over the entrance. The Plaza Cinema also had a stage and two dressing rooms, and these facilities were used in the early days by local theatre groups. On 2nd March 1929, it was equipped with a Compton 2Manual/8Ranks organ, which had its organ chamber beneath the stage.

The Plaza Cinema was closed in October 1940, due to wartime conditions, and it never re-opened. It was converted into a furniture store, and the Compton organ, still in situ, was ruined in the bad winter of 1946-1947, when burst water pipes caused a flood in the auditorium. The Plaza Cinema was demolished in 1962, and an apartment block was built on the site.