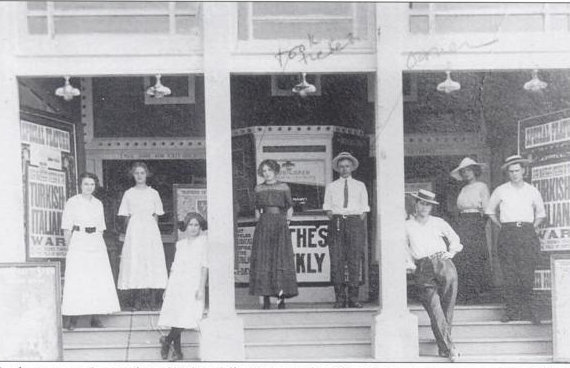 In the 1930’s and 1940’s, Ballantyne owned the Scott-Ballantyne company, which manufactured projection equipment.

There is a picture of the Crystal Theatre (with Mr. Ballantyne included) on p. 50 of this webbook: http://tinyurl.com/49j6b5a.

Howard Schinn launched the Crystal Theater on January 20, 1909 in an existing building adjoining the Queen Hotel. The 350-seat theater was the second movie theater in downtown Norfolk following the Lyric. Due to lack of electricity, the Crystal operated its theater including the projectors with gas at opening. Five operators later, the Crystal closed on July 30, 1914. In 1915, it was retrofitted for a cafe.