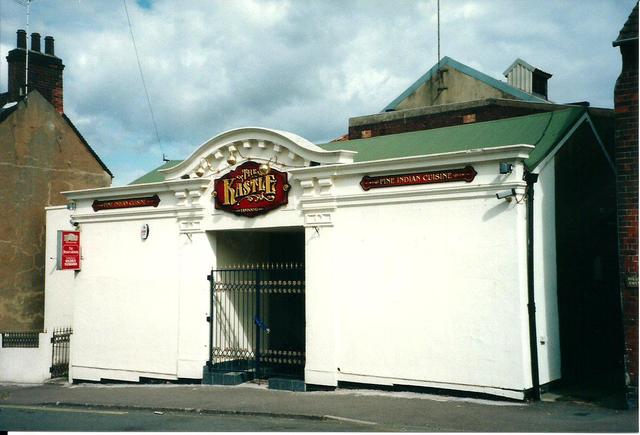 The Palladium Cinema was opened in around March 1920. The single storey facade had a central entrance, with an arched pediment containing the name ‘Palladium’ in the stonework. On each side of the entrance was a small shop unit. Originally, it had a seating capacity for 459, with 374 in the stalls and 85 in a small balcony.

In 1931, when sound equipment was installed, alterations were carried out to build a new 20 feet wide proscenium, forward of the original one, this loosing a couple of rows of seating in the front stalls. There was a 13 feet deep stage. It was now known as the New Palladiom Cinema.

Always independently operated, and the only cinema to operate in Tutbury, the Palladium Cinema was closed in early-1956. In the late-1960’s, it was converterd into a social club, known as the Hillside Club and the use lasted until around 2001. In May 2002, it was converted into the Mughal Indian restaurant.