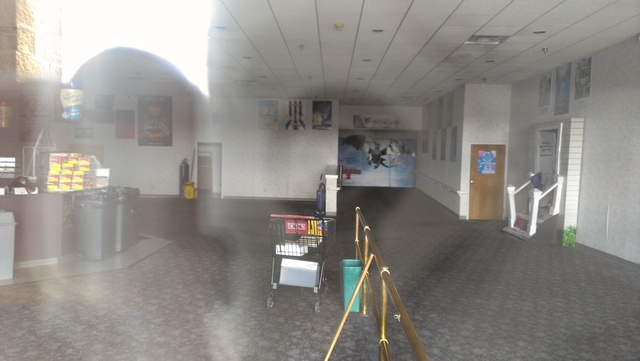 This is an 8-plex located in a suburb south of Columbus, Ohio. Website address is: http://www.starcinemas-ohio.com/Grove%20City.htm

Closed. Door says thanks for 15 years.

Closed due to being unable to afford digital equipment. Also, Rave (later sold to AMC) put in a modern 14-plex about 2 miles away that took a lot of the business away from the Star.

Dispatch article….Star Cinemas in Grove City, 2384 Stringtown Rd., has closed, a victim of increased competition and the prohibitive cost of converting to digital projection equipment.

“We built the theater 15 years ago, and I think there were 175 screens that opened after we opened,” said Phil Roberts, managing partner. “It seemed like every movie chain thought Columbus was the place to build a movie theater.”

The recent conversion of movie theaters to digital projection from the 35 mm format was the final blow, he said.