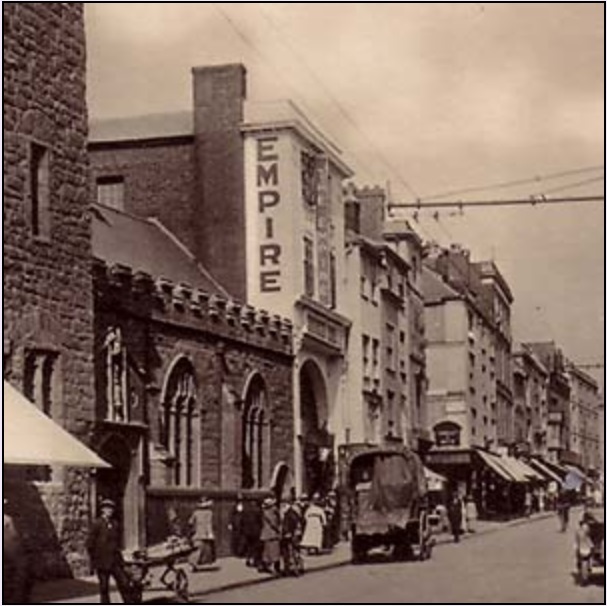 Located next to St. Lawrence’s Church on Fore Street. The Empire Electric Palace was the first purpose-built cinema to be built in Exeter. Designed by architect Harry E. Farmer of Birmingham, it opened on 18th August 1910. The screen was at the entrance end of the building. Seating was provided in stalls and circle levels, and looking at a vintage photograph of the auditorium, it looks like the entrance to the stalls was directly beneath the screen, which was set high up on the wall at circle level!

By around 1930, when it was equipped for sound films, it was re-named Empire Theatre. It was closed by August 1937. In 1942, it was destroyed by German bombs, together with the church.