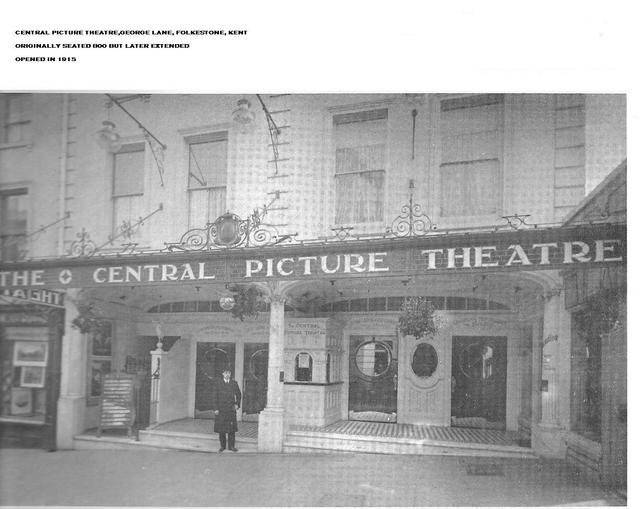 The Central Picture Theatre was opened on 23rd September 1912 with “The Mysteries of Paris”. It had 900 seats in stalls and balcony levels. In 1921, it was enlarged to 1,500 seats when the roof was raised and a second balcony installed. Taken over by Walter Bentley in August 1929, it was modernised and re-opened in December 1929.

Taken over by the Union Cinemas chain in November 1935, they were taken over by the Associated British Cinemas(ABC) chain in October 1937. ABC only operated the Central Picture Theatre for a short while, as in 1940, it was taken over by an independent operator. On 12th May 1941 the world premiere of H.G. Wells' “Kipps” starring Michael Redgrave & Diana Wynyard took place at the Central Cinema, with both stars of the film attending in person.

Closed for conversion into a triple screen cinema in November 1973, Screen’s 1 & 3 seating 291 & 308 opened on 28th March 1974. These were located in the former stalls and first balcony. Screen 2, located in the second balcony was opened with 196 seats on 23rd May 1974. Taken over by Eric Rhodes, a former managing director of Classic Cinemas in June 1974, it was re-named Curzon Cinema. Classic Cinemas later took it back and it was last operated by the Cannon Group, who re-named it Cannon.

The Cannon was closed in February 1988, due to structural problems, and was almost immediately demolished. Flats and council offices were built on the site.

New photo added at photo tab at top of page