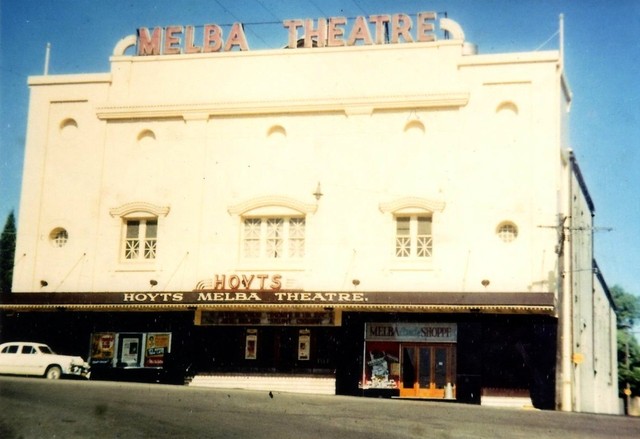 Located in the south-western Sydney suburb of Strathfield. The Melba Theatre was opened on 18th April 1913. Seating was provided for 1,600 (1,200 under the roof and 400 in the open at the back). In 1913, the auditorium was completely roofed over.

The theatre was re-built and re-opened on 13th October 1921 as the New Melba Theatre, having had a balcony installed.

New operators took over and it was re-built yet again, re-opening on 9th November 1927 as the Strathfield Theatre, with 1,800 seats. It was taken over by the Western Suburbs Cinemas Ltd. chain in 1930. On 2nd November 1935, a Christie 2Manual/5Ranks organ was installed and opened by New Zealand orgnist Paul Cullen. The instrument had been transfered from the Ritz Theatre, Concord. It was around this time that the theatre was remodeled and the seating capacity was reduced to 1,514. The organ was subsequently played by Les Denley, Ray Chaffer, Jim Williams, Denise Palmistra,Norman Robins, Clarence Black and Jean Penhall.

In March 1944, the Strathfield Theatre was taken over by Hoyts Theatres chain, and was re-named Hoyts Melba Theatre. In 1947, further refurbishment and remodeling was carried out by Melbourne based architect James Lyall. The Christie organ was removed in 1957.

The Hoyts Melba Theatre was closed on 19th November 1966. It was demolished in December 1968, and a block of flats was built on the site.

I was at the last night of operation of the theatre with a friend The last movie shown there was The Group starring among others Candice Bergen. The theatres facade was black tile