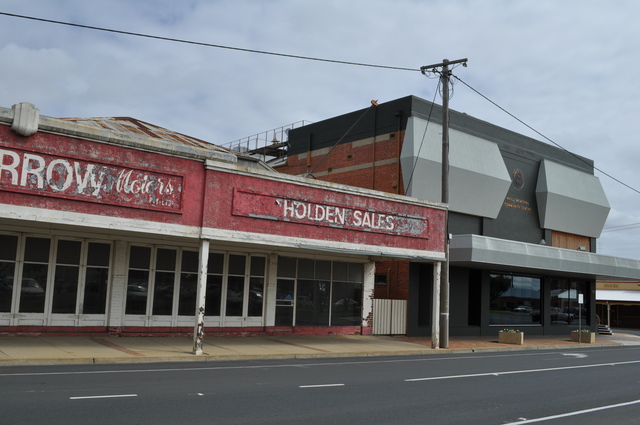 The Theatre Royal was operating as an early cinema. It was a single level building which had a sliding roof for ventilation.

It was closed in the 1920’s, when the much larger New Theatre Royal was opened on an adjacent site.

The original Theatre Royal was last used as a car showroom, and in March 2011, was standing unused.